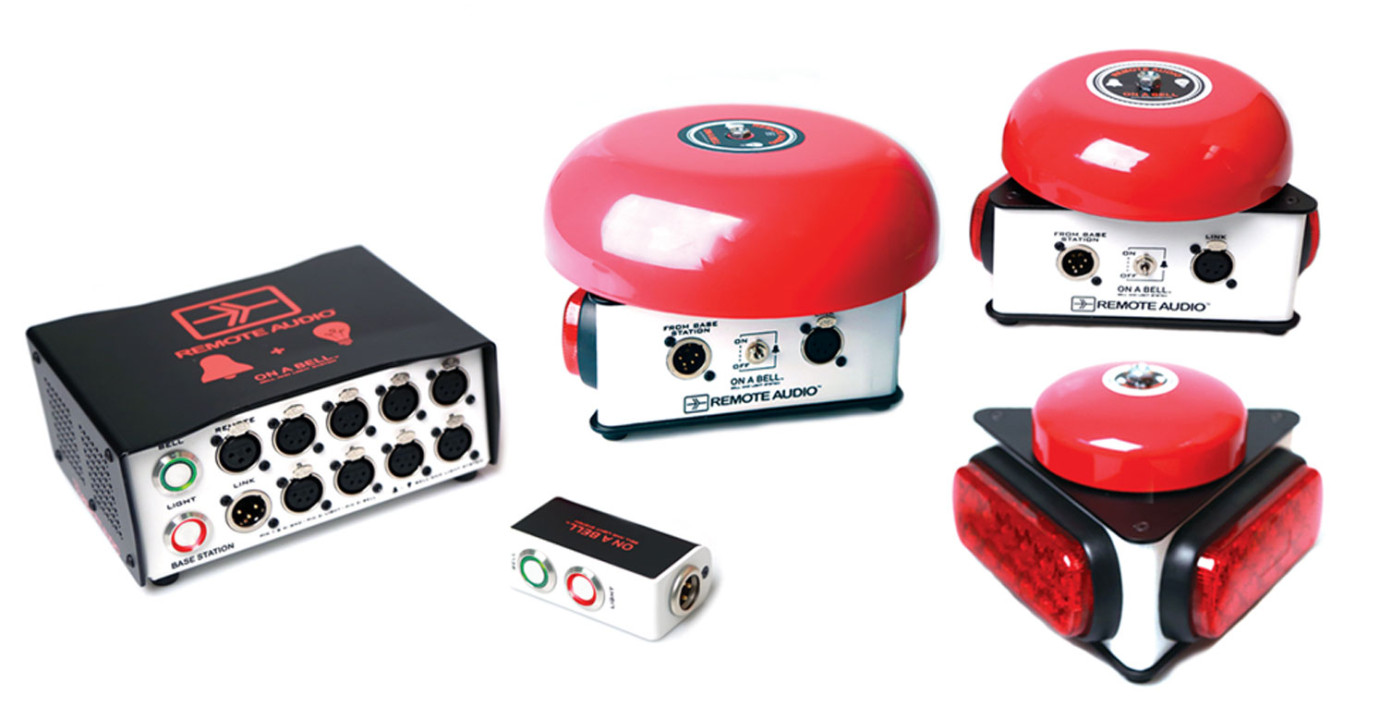 ON A BELL “ ¢
Bell and Light System

The Assistant Director will ask for it by name

Film and video production are big business, so there is a lot at stake when it comes to controlling the set. A bell and light system needs to be highly reliable, transportable, versatile and rugged, as well as having a professional build quality that matches its importance. That’s why Remote Audio designed and built the all new ON A BELL“ ¢ bell and light system.

Rugged and Transportable
The purpose-built design and construction makes the entire system – base station, bell and light stations, and remote control – able to better withstand the rigors of film and video production. The triangular design of the stations allow more bell and light stations to fit in a given space, such as on a shelf for storage, or in a road case for shipping.

Efficient
The three-sided design allows the ON A BELL system to have the same coverage with two lights as older rectangular systems using three lights. This not only saves expense by requiring fewer pars, but also reduces the power consumption by 30%, allowing more bell and light stations to be linked together.

Reliable
The ON A BELL remote control has metal-clad, flush-mounted switches making unintended bell rings and broken buttons a thing of the past.

Two bell sizes are available for varying degrees of loudness: 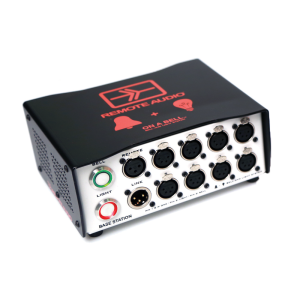 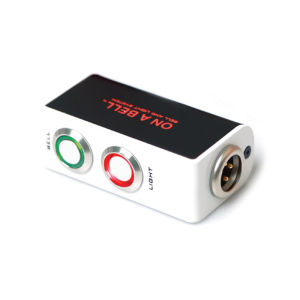 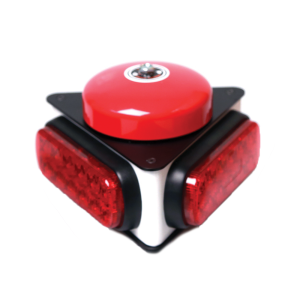 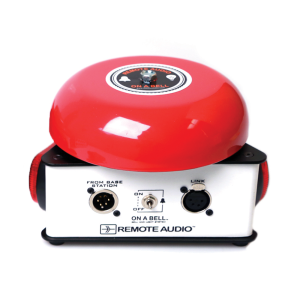 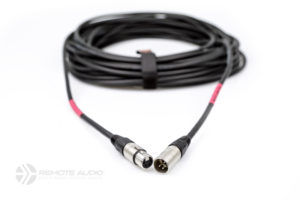 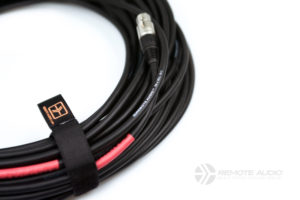 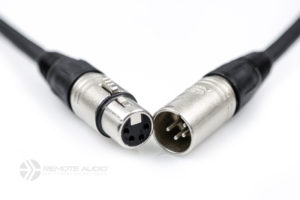 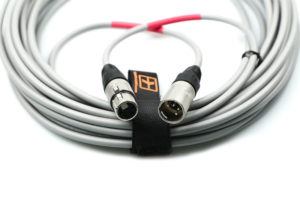 Remote Audio ON-A-BELL” ¢ Power Flex cable has 18-gauge conductors, making it ideal for long runs of up to 800+ feet between bell and light station and the power supply/base station, or for daisy-chaining multiple bell and light stations. Though the larger conductors were made with long-run, daisy-chain permanent installations in mind, the 5/16-inch diameter cable is flexible enough for portable installations. It lays flat and winds well even in sub-freezing temperatures.